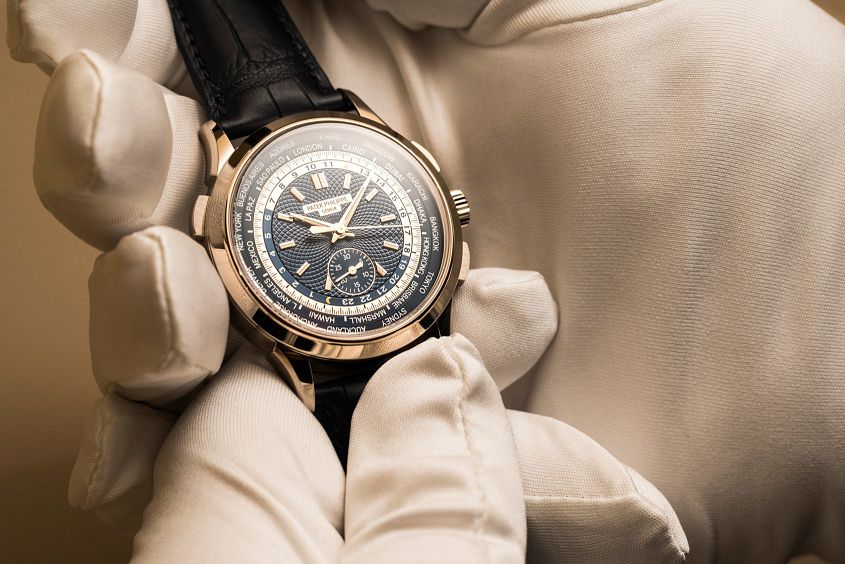 Last year Patek Philippe’s showstopper Basel release was the Calatrava Pilot Travel Time. Perhaps the most notable feature of Patek’s foray into the world of aviation watches was just how polarising it was. While diehard PP fans quickly dug into the archives to prove the wildly off-brand model actually had a forebear, most of the watch world issued a pretty heavy shrug – yeah, it was a pilot, sure to draw a younger crowd, but it was also in white gold and not at a price point that was going to unlock younger wallets. In other words, it created conversation. It was genuinely divisive. 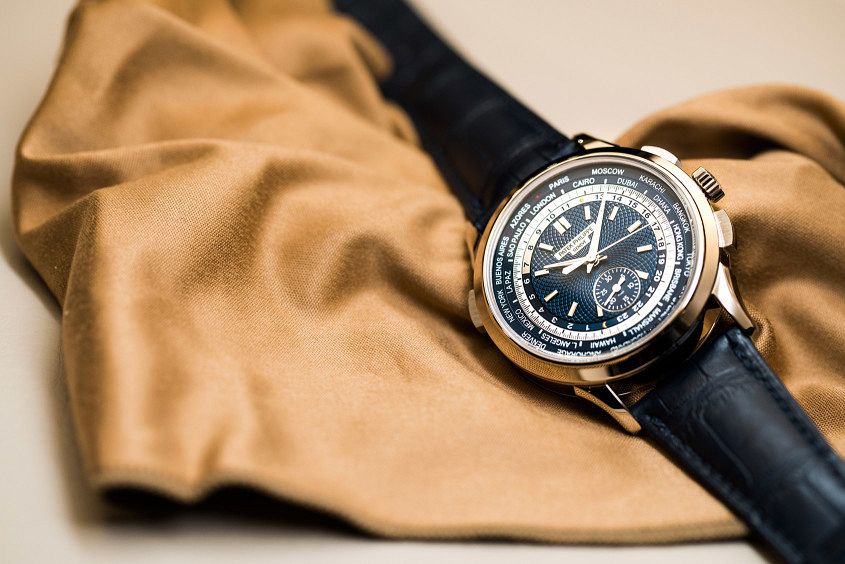 Fast-forward to Basel 2016 and Patek’s headline release, the reference 5930G replica Patek Philippe World Time Chronograph is about as far removed from the Calatrava Pilot as possible. The 5930G is a very safe watch for Patek – combining two complications the brand is famous for, with an exquisitely designed and executed dial, all wrapped up in an elegant 39.5mm white gold case. It’s a watch that has met with nothing but praise since it was announced. 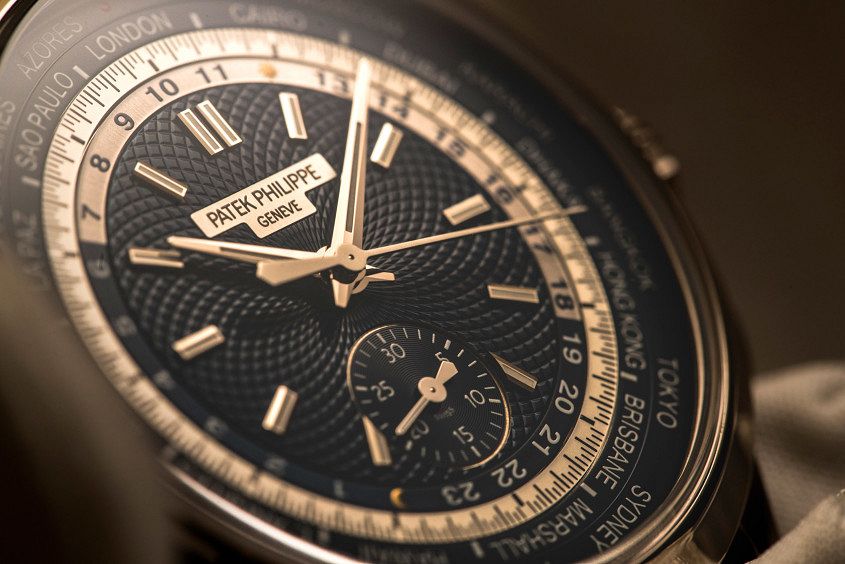 Patek have made a world time chronograph before, but that was a unique piece made way back in the 1940, so it was well past time for them to revisit the combination. Both chronograph and world time complications traditionally require a whole lot of real estate on the dial, so combining the two in one watch without creating an illegible mess is quite a challenge. One that Patek has overcome quite successfully. The chronograph has been pared back to a single 30-minute counter and the central seconds hand, with white ring indicating eighths of a second nestled between the city disc and the 24-hour ring. The world time complication, executed in the classical style invented by Louis Cottier allows for a lot of information to be relegated to the edges of the dial, keeping the centre free for that stunning blue hand-guilloched finish. It’s a blue that has great character in real life. In these pictures it looks quite dark, but if you only saw the press pictures you’d be forgiven for thinking that the dial was electric blue. In reality it sits somewhere between the two – brighter than navy, with iridescent flashes when it catches the light just right. 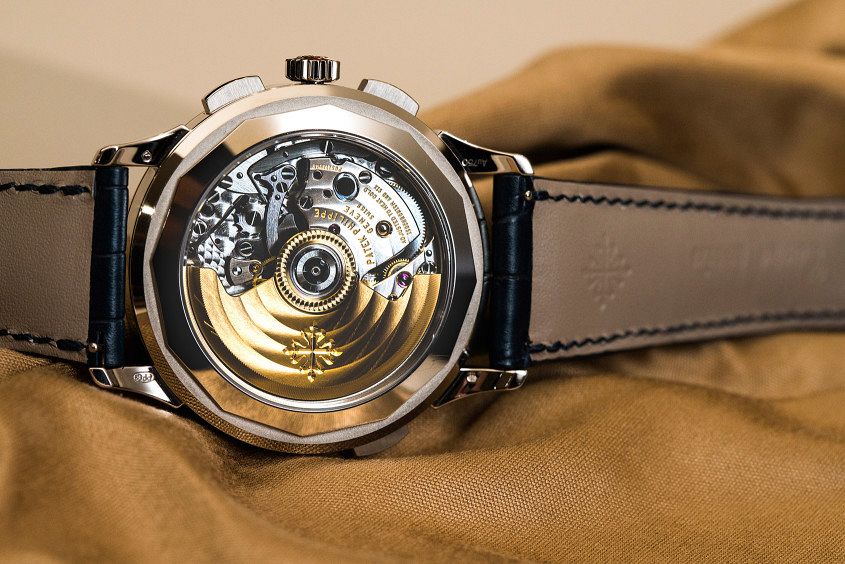 The 5930G is powered by the very slender caliber CH 28-520 HU, which measures just 7.91mm high. And while Patek call it a new caliber, its base is an existing column-wheel chronograph that has been extensively remodelled to accommodate the world-time module. The automatic movement has a minimum of 50 hours of power reserve, and the functionality has been designed with the wearer in mind. The two pushers on the right operate the flyback chronograph, and the pusher at 10 advances the city ring, 24-hour ring and the hour hand in one hour increments, meaning that fiddling with the crown is kept to a minimum. Adjusting the time using this pusher doesn’t impact the timing or accuracy of the fake Patek Philippe watch.

On the wrist, the 5930G World Time Chronograph wears amazingly well. The 39.5mm diameter is perfect, and the watch is surprisingly slender at 12.86mm high (quite the feat for such a complicated piece). The styling is classical, but with contemporary touches – like the blocky, rectangular pushers and the pleasing mix of straight lines and bold angles. This is a watch that delivers everything Patek fans love – a clever combination of complications executed in a technically interesting way, paired with the restrained style the brand is famous for.
Replica Patek Philippe World Time Chronograph (ref. 5930G) has a price of 65,000 CHF.