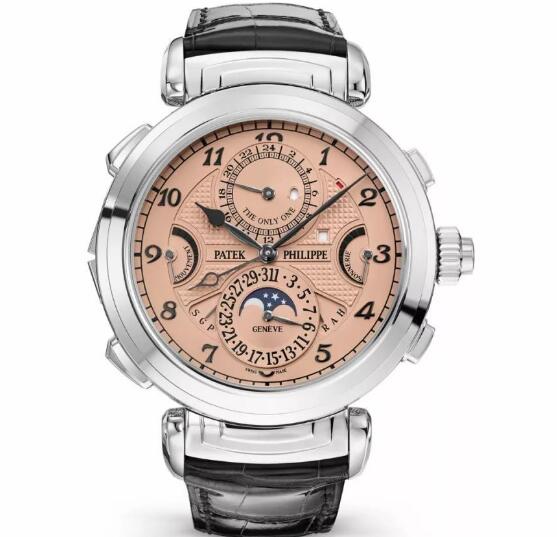 The Ref.5175 has been equipped with 20 complicated functions and the development, manufacture and assembling cost more than 100,000 hours. The components of the movement has cost nearly 60,000 hours. It is rarely seen in the second market. There are only 7 pieces manufactures and one is for the Patek Philippe Museum. The left 6 were for the super VIP.

The new steel cases copy Patek Philippe Grand Complications ref.6300A have developed on basis of the ref.5175. What’s more, the material of the cases have been exchanged from precious metal to the stainless steel. From majority of watches, the precious metal models will be much more expensive than steel version. However, it doesn’t work on Patek Philippe since the production of the steel models is really rare.